I studied photography 15 years ago in Madrid and from there on I got interested in any form of visual communication. 8 years ago I moved to Cancun and I started scuba diving. At that moment getting into the water without a camera or having a camera without water begins to feel pointless. So, a big part of THE STILLS is about oceans, cenotes and any form of diving. From all the gigs we had one of the most interesting is, hands down, doing in-water safety for high diving competitions.

The first time we received a call from Red Bull in 2010, to be quite honest, we had no idea what we were doing. Yes, we were all divemasters or scuba instructors. Yes, we were all trained in EFR and diving rescue, but nothing prepares you to be in the water waiting for someone to jump for 27 mts, descend up to 5 mts and then ascend with him expecting that everything is alright. And then repeat that for another 3 or 4 hours hoping that every jump they land the way they are supposed to. Luckily, no one got hurt during that event. That was 3 safety divers, 3 days of water and 12 athletes, 7 years ago.

This Actually happened. Vov jumped from the platform at the end of the event and Niki was on the water doing the safety

From that day we´ve participated in all 3 Red Bull Cliff Diving Mexico and the FINA High Diving World Cup in Cozumel in 2015 with a crew of 4 Safety Divers collaborating with Mexican Army Special Forces and the Government of Cozumel. We spent 6 days looking after 28 divers, meaning 5 to 7 hours in the water. Every jump the team needs to be 100% focus, and every jump I said to myself “Aterriza bien, porfavor aterriza bien” (land ok, please land the way you should). During that competition 6 “bad landings” required for our intervention. Luckily, once again nothing to be worried about.

Now, when you are used to work in that kind of events where about 300 people are involved; staff, workers, paramedics, army, government, athletes, press, and so on, you are pretty much used that nobody’s really paying attention to you, no one cares in how you feel because once again, there are 300 people doing their jobs. But  between all that crowd almost like he was in the water right next to us there was, Niki, laid back, sunglasses and trunks. Aside from his official position we can say Niki was the guy responsible for the athletes, safety and pretty much the event itself.  He used to sit somewhere between the rescue team and the athletes. Always taking care of both athletes and us.

Damn we are gonna miss you man! And it´s amazing how someone we knew so little could teach us so much. Glad we could share beers with you. 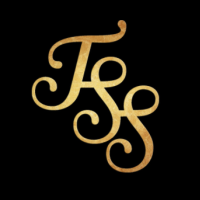 Niki never pushed himself into the spotlight, but shared his wide-ranging experience with everyone who asked for advice.

Administratively, besides his FINA duties, Stajkovic was sporting director for the Red Bull Cliff Diving Series.